Candle Timer - Scott Adams' Blog
I like LED candles because I don’t like being inside flaming buildings. My college dorm caught fire twice because of unattended candles. (Not mine.) Neither time was fun.
Some LED candles have 5-hour timers. That’s a nice touch, but you never remember which button to push for the timer, or how long to hold it. And sometimes you might only want the candle on for an hour or two.
My solution (which probably already exists) is an LED candle with a base that is similar to wind-up kitchen timers. Just twist the base until an arrow lines up with the number of hours you want your candle to stay on. The candle will slowly turn as the timer winds down and eventually stops.
This seems like the easiest possible interface.
Now you tell me who is already making this exact device. 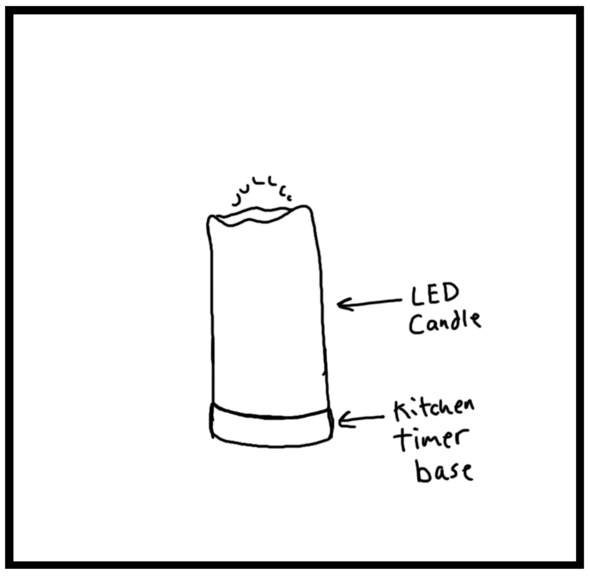