You know I don’t like goals and resolutions. Systems are better. I wrote a book on this topic and I blog about it often. I even give speeches about it.

But I have one exception this year: Flag Hill.

My goal is to hike it to the top. I live half an hour away. 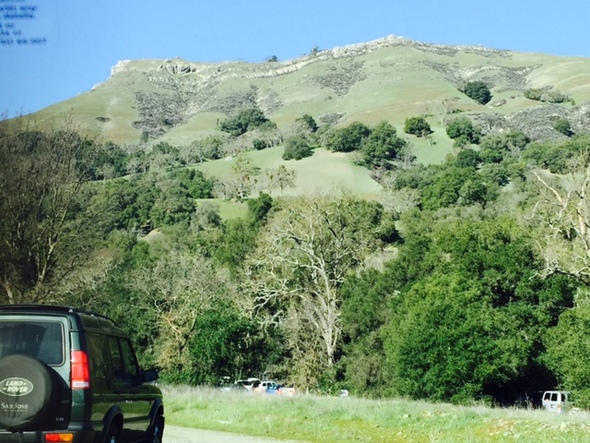 You need some background to understand why Flag Hill is my personal nemesis. It all started a few decades ago.

I was in my late twenties, taking evening classes to get my MBA. There was an attractive, athletic woman in my class and I had not yet learned the intricacies of flirting, romance, and that sort of thing. She mentioned she was going to run a 10K race and asked if I wanted to join. I quickly agreed because it involved spending time with a woman that interested me. What could go wrong?

I’m a lifelong exercise addict, and I was in good shape, but I wasn’t a runner. I knew I could do about half that distance, based on experience, and I figured I could elevate to the full challenge on race day. And after that, I assumed, my female friend would have respect for my athletic prowess. Perhaps we could even work out together.

I will fast-forward to the part where I stagger (literally) to the finish line looking like this guy from the waist up. 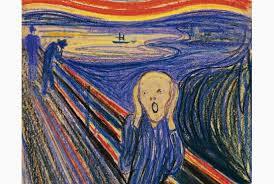 From the waist down it was more like a boneless chicken with severe gout. I’m saying it wasn’t a pretty sight. And that was the last time the attractive woman gave me eye contact. True story.

Now we fast-forward to 2014. An attractive, fit woman asked if I wanted to hike Flag Hill with her. I had never heard of this Flag Hill place but the name didn’t sound scary. So I agreed. Hiking wasn’t my thing, but how hard could it be?

Answer: There are bits of my lungs sprinkled one-third of the way up Flag Hill, which is as far as I got.

I stumbled down Flag Hill, defeated.

And it bugged me.
And it festered.
I couldn’t let it go.

So I set a “goal” for 2015 of hiking Flag Hill all the way. It’s a stupid goal, and exactly the sort of thing I say is a bad idea. But I’m human. And I’m mad. And I’m going to climb that fucking pile of dirt if it kills me … which it might.

So I woke up on New Year’s Day and decided to cross this off my list before the year even gets going. I had been doing a lot of lower-body strength training lately and felt ready. But there were a few problems to solve first. For starters, I didn’t know where it was. My first trip to Flag Hill involved getting lost a few times so I didn’t have a memory of the proper route.

Trails don’t have addresses. And the roads in those parts tend to have signs that do not agree with maps or navigation devices. It took much of the morning to figure out how to get there.

I arrived to find there was no parking. (Duh, a holiday.) But I wasn’t going to drive all the way home. So I found an illegal spot that wasn’t so offensive that I would get towed. I was willing to pay a parking ticket to hike this hill. It was a calculated risk. I wasn’t going to let that stop me.

Then I discovered that the bridge at the start of the trail was closed for repairs. 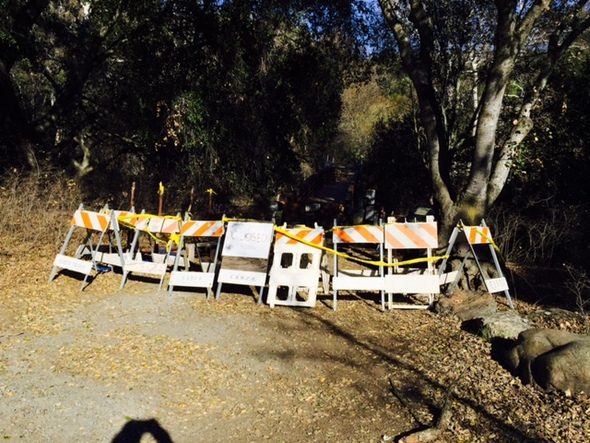 But no problem, I thought. A sign saying “ford” pointed to the right, and this was obviously a way to cross the stream over rocks. Or it would have been, but the water was too high, and the temperature was about to drop to about 40 degrees, so wet hiking shoes seemed like a bad play.

It felt as if the universe was trying to warn me away from this goal. But I was undeterred. I still had a full year to get this hill done, and in the meantime I could just do some practice hiking on another trail across the street. So I headed for those trails and came upon this sign:

If you are keeping score, we have at least two signs from the universe that I should turn back (broken bridge, high water). And now I am looking at three specific death threats from nature herself.

I can take a hint. I drove home. I didn’t feel good about it. I figured I would just go to the gym as usual. But when I got home I felt defeated and couldn’t make it happen.

But I’m not done. Next time I’ll bring rain boots to ford the stream while I carry my hiking shoes. Then I’ll hide the boots behind a tree until my return. And I’ll be heavily armed in case nature tries to make good on its threats.

Someday this year I will make it to the top of Flag Hill and in so doing I will partially erase my painful memories of past athletic failures. But if I die trying, I have to admit it would be a good way to go.