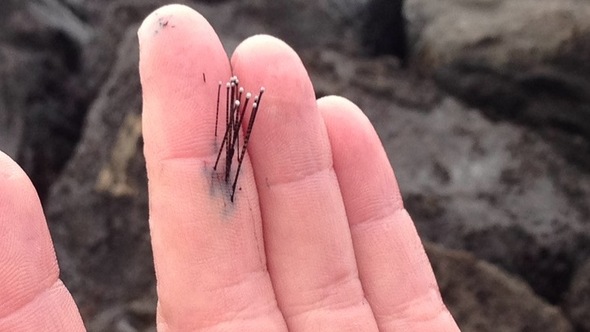 One of the many future benefits of robots will be a dramatic reduction in healthcare costs. In the near term, medical robots will be little more than search engines with excellent eyesight. They will look at your wounds, ask questions about how you feel and then use the Internet to determine a diagnosis and treatment strategy, just as a human doctor does.

We’re already in the early part of that era. I handle the majority of my medical questions on the Internet now. Last week, for example, when my friend had a bad encounter with a sea urchin, I texted him a link about how to treat it before the spines were even removed. Ten years ago, before my smartphone was so smart, that injury might have required a trip to the emergency room just to be sure we were doing things right. Instead, he self-treated, with some help from the Internet, and the local healthcare system avoided the expense.

Now imagine a future in which household robots are the norm. Your personal robot has far better eyesight than you, incredible pattern recognition for diagnosing problems, and potentially more manual dexterity than you. Your robot might have a keen sense of smell, and it might hear so well that it can detect your pulse. I can imagine all household robots coming equipped with medical sensors as standard equipment, including everything from blood oxygen sensors to shock paddles. Someday the household robot might be capable of handling 95% of all medical problems.

I can also imagine a time when the typical home has a medication printer, meaning it can print medicine on demand. I can imagine – and this is the interesting part – that properly certified robots might be able to operate these machines whereas humans would not be licensed to do so. The robot could be programmed to only use the medication printer for legitimate reasons whereas humans would be more inclined print Oxycontin for recreational use. I predict that someday robots will have superior rights to humans in specific areas of life because robots can be trusted (programmed) and humans cannot.

I’m assuming in this scenario that future robots are more hack-proof than computers today. Perhaps someday robots will recognize hack-attacks by noticing changes in their own behavior, the same way a human feels a cold coming on.  And while I accept the truism that anything can be hacked, I think robots will still be safer than humans when it comes to controlling dangerous drugs.

So far I’ve only discussed health problems that can be handled at home. But I can imagine a day when robots are the only working surgeons because of their superior knowledge, speed, skill, and dexterity. If a robot can perform a surgery twice as fast as a human, I would think the trauma on the patient would be much less. In the long run, I can’t imagine human surgeons competing with surgical robots.

The first surgical robots might cost tens-of-millions. But if a robot can work 24-hours per day without breaks, and robot prices drop with volume, robot surgeons will quickly become competitive with human surgeons who earn big paychecks while working only a third of the day. The biggest savings from robots might be an end to human errors and the resulting reduction in medical insurance premiums, assuming robots make fewer bad decisions.

I will go so far as to predict that someday it will be illegal for a human to practice medicine because robots will be so much more reliable. In the long transition period, which has already started and will last another twenty years, humans will be in charge of what the technology does. Eventually those roles will reverse because technology will be so much more reliable than humans. Future generations will be appalled that humans were ever allowed to perform invasive surgery on other humans.

Robots are the budget wildcard for the next generation. There’s a good chance it won’t matter how much national debt we pile up today so long as robot technology keeps improving. At some point the real cost of healthcare, energy, construction, transportation, farming, and just about every other basic expense will fall by 90% as robots get involved.  It would be absurd to assume we know anything about the economy in thirty years. Nothing will look the same.

Another wildcard in healthcare is nutrition science. I think we’ll reach a point in which we cut medical problems by a third just by improving our food choices. You can already see a movement in that direction. And once your house robot starts handling your meal preparation, expect big improvements in your nutrition.

I also think we will see a more aggressive application of what you might call doctor-assisted suicide via pain suppression. It will probably remain illegal in most of the United States for a doctor to help a patient kill himself directly, but it won’t be illegal to aggressively treat pain, and a side-effect of high levels of morphine, for example, is that it speeds up the inevitable while rendering the patient unconscious. For all practical purposes, aggressive pain treatment and doctor-assisted suicide has become the same thing. Your doctor can legally flip the kill switch on your brain via pain meds. And so long as the patient has a medical directive in place that specifies no feeding tubes, the body will follow. End-of-life medical costs will come down without much media attention or fanfare. Society’s perfect balance is to keep doctor-assisted suicide technically illegal while at the same time it is commonplace. Legal loopholes aren’t always bad.

So don’t worry about medical costs in thirty years.  By then the phrase “going to the doctor” will sound like a quaint phrase from the past, like churning butter.