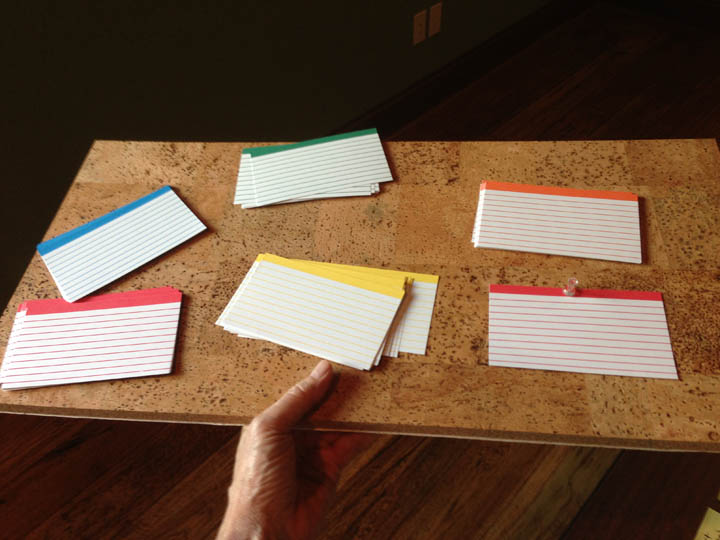 I know from past blog posts that many of you are interested in the creative process. So I thought I would take you on a journey as I prepare to write a Dilbert movie script. Today is the first installment of this story. I expect it to take 6-12 months. I’ll update you periodically.

Everyone approaches this sort of thing differently, so this is just my process.

Allow me to first give you some background.

I have tried several times in the past to get a Dilbert movie made. On three occasions I have had deals with studios. But in the movie business there is a big difference between having a movie deal and making an actual movie. Probably only 5% of movie ideas make it all the way from deal to screen. And your odds are worse if you don’t have a script. In the past I always started without a script. One typical process for movie-making is that first you get a studio deal and that gives you a budget and money to approach writers. The better writers won’t even talk to you unless you have a deal first. So you have a chicken-or-egg problem because studios prefer a script in hand before funding, but good writers need guaranteed funding before they will write a script. I hope to solve that problem by writing the script myself.

You might ask why I didn’t reach into my Dilbert pockets and just pay a top writer to make a Dilbert movie script before taking it to a studio. To put some numbers on that, I would be paying something like a million dollars for a script against a 5% chance of making a movie and getting something back. That business model only works if you are a studio with dozens of projects in the hopper and you only need a few to pan out. It doesn’t make much sense for an individual to fund a 5% chance.

There’s also the problem of finding a good writer. That turns out to be nearly impossible. If you KNOW a writer is talented, that person is already committed to writing guaranteed hits for studios. For everyone else, you have incomplete information. Can the writer who did a great job with a kid-themed comedy for Disney write an adult-oriented script for Dilbert? How about the romantic comedy writing genius whose best jokes are sex jokes? Does that translate to a Dilbert script? Can someone who has never worked in an office even write for Dilbert?

Then you have the problem of group writing. Most scripts have multiple authors by the time they hit the screen. And every one of those multiple writers claims the movie as their credit. Which one of them was the “Wally” in the room? There’s no way to know.

So I’ll write the script myself.

Writing a movie is totally unlike writing a book, comic strip, newspaper article or blog. And that means I have no idea whether I have the right sort of skills to pull it off. This is a big project, and I’ll be tackling it without the benefit of experience or demonstrated talent in this specific field.

The special challenge of writing a movie script is the complexity. You have dozens of characters, two hours of action, and all of the subplots have to come together at just the right time. I didn’t know how to hold all of that in my head while staring at a blank screen on my computer. What I needed was to live inside the movie, figuratively speaking, the way a pinball sees all of the bumpers and flippers in the pinball machine. I wanted to inhabit the script from the inside.

I needed a movie-writing room.

So step-one in my movie-writing process is setting up my writing room. I ordered lots of self-sticking cork tiles that I will adhere to the walls of this room. As I come up with scene or character ideas I will write them on note cards and stick them to the wall where they belong in the timeline. 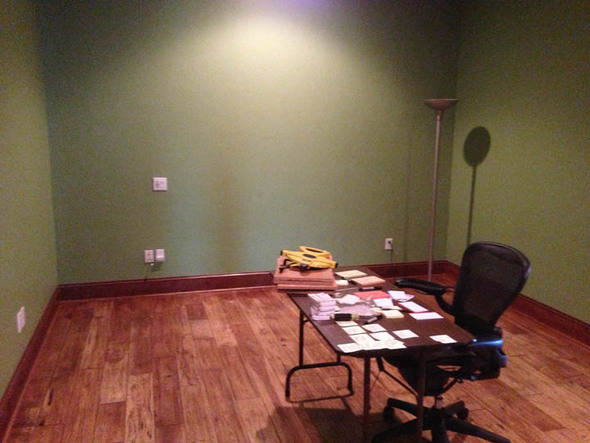 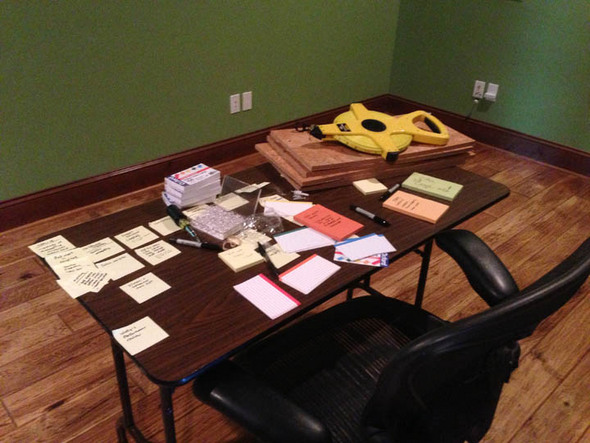 Movies are, as you know, overly formulaic. In film lingo there is something called a “beat sheet” that is essentially a guide to when certain events should happen in a movie. For example, in the first few minutes of a movie you always want to have some sort of life-changing event, such as a death or divorce. And by the end of what is called the “third act” your hero has to be in an impossible situation. There are dozens of other little rules of scriptwriting. I won’t be following the formula slavishly, but it will help to have the “beats” written on my walls so I am aware of any instance in which I might be violating the formula.

I have most of the story arc written in my mind. But I have to translate that into roughly 120 pages of script and 40-60 scenes. Over time I will put all of my notes on the walls and see where the holes are. I’ll also use some color codes to know which characters are popping up the most.

I should tell you that I am not writing an animated movie. What I have in mind is a substantial “reimagining” of Dilbert. It won’t be a bunch of actors sitting in cubicles and complaining about work. I’m not writing the sequel to Office Space. If the movie ever gets made it will be a re-launch of Dilbert for a younger generation. And I’m aiming for it to be a big-budget “tent pole” feature, as they say in Hollywood. Tent poles are a studio’s big feature films that make all of the money.

I plan to do most of the writing while exercising at my local gym. The elliptical machines are perfect for writing because I can do cardio on them with my eyes closed. My hands are securely on the handle things and my feet are on the foot pedals. For thirty minutes I descend so far into my imagination that I forget I am working out. I see the actors performing the lines as I write them. (Meryl Streep plays Dilbert’s mother in my imagination.) After my workout, I’ll write down any new scene or dialog ideas on note cards and later stick them on my wall.

Once the wall is mostly filled, and I have “engineered” the movie to hit all of the emotional and logical notes I want, I will take out my laptop and start writing. I won’t put a single word to page until I have the entire movie story solved. And it has to make me cry when I think about certain scenes. (Remember, this is a reimagined Dilbert with emotions and action scenes and whatnot.) The crying has been a problem lately because I have been weeping on the elliptical as I imagine scenes playing out. I hope that means I am on the right track.

Scott Adams
Co-founder of CalendarTree.com
Author of this book